Dawn of the Digital Nomad

Long-term travel did not begin with the age of the internet. There have always been adventurers nimble enough to make a buck wherever they go, washing dishes, selling songs, running pub crawls, working at hostels. Some made a living as authors, travel journalists, roving tradesmen, buskers, beggars, or painters. And of course there have always been rich people who can travel all they want.

Marco Polo was well traveled, as was St. Paul before him, as was Alexander before him, reaching back through history to the ancient pilgrims who made their way to the tourist traps of pre-history like Stonehenge and Gobekli Tepi.

The word “nomad” didn’t start with the digital age, but the lifestyle became available to average people like never before with the dawn of the internet. The digital nomad can take her job with her wherever there is an internet connection. She makes her office in cafes, bars, hotel lobbies, beach clubs, and cruise ships. The world is truly her oyster.

As a self-described “intermittent digital nomad” who has spent about half of the past three years living this way, I’m a big advocate of “locational independence” (as a friend once called it). I don’t want to oversell it, as there truly is no place like home, but the surest way to make sure your life is jam-packed with new experiences is to keep moving.

But life isn’t just about having fun. The world is full of suffering, and we all ought to do our best to help make it a better place. No man is an island. So it’s worth asking whether the digital nomad lifestyle is entirely selfish, or if it adds some benefit to the rest of the world.

I say yes, but I say so primarily for a reason that I suspect will strike most people as counter-intuitive, even crass. In this post I will explore some of the issues that strike me as relevant and explain why I ultimately conclude that digital nomads are a force for good in the world, and why you should consider becoming one yourself.

The obvious but less certain reason

An easy point in favor of digital nomads is that they help societies get to know each other. The digital nomad serves as a kind of ambassador. A good one will give a favorable impression of their home society, correct misconceptions, and build bonds of friendships across cultures.

Of course the flip side is that a bad digital nomad can give a bad impression, spread prejudice, and create antagonism and distrust between people. My sense is that digital nomads tend to be better behaved than obnoxious drunken tourists, but are millennials with laptops really the best and most reliable representatives of any society?

In my experience, digital nomads from America tend to skew a bit cynical about our home country and sanguine about other places. I would personally prefer different representatives for my country. Almost by definition, people with kids and familial responsibilities and strong social networks are unlikely to be digital nomads. If most Western digital nomads view themselves as refugees from oppressive, consumerist, materialist cultures, that’s not exactly an impression that I want exported around the world.

I do still think it’s generally a good thing for people to get to know each other, and all the better if we are good ambassadors, but I think there is an even better reason to be a digital nomad.

More controversially, yet unambiguous in my view, is the benefit of earning Western dollars and spending it in poorer countries. “Arbitrage” should not be a bad word, least of all in the context of wages.

I haven’t taken a poll, but my guess would be that most people of my generation find it crass when Westerners flaunt their money in low-wage countries. They may even worry about price inflation, making local goods and services unaffordable to locals, even driving up the cost of rent.

Remember when it was two bits?

These misgivings are entirely natural. Nobody likes a show-off, and stark inequalities of wealth strike us as unseemly and immoral. An American paying $4 for a shave and a haircut feels exploitative.

But we must keep our eye on the economics here. Price is a function of supply and demand. If we are bothered by the relatively low wages in a foreign country, the best thing we can do about it is to increase demand by buying more. Rather than worry that $2 is an embarrassingly low sum to pay for a luxurious Turkish shave, get one every single day. Better yet, get one with two cups of Turkish coffee and hire someone to bring you the newspaper.

The rent is too damn high!

But what about rent? Won’t an increase in demand from digital nomads make things unaffordable for locals?

Again, keep your eye on the economics! Your willingness to pay higher rent gives landlords the incentive to improve their properties and add housing units. Some of your money will go to that construction, some will stimulate an increase in supply, and some will make the landlords richer.

No doubt those landlords will find places to spend their money, too. Maybe they like daily Turkish shaves with their coffee. And while yes some real estate could become less affordable to locals, you have to look at what the locals receive in return. On net, the host society gains from the transaction.

(I find when I make these arguments people often accuse me of promoting “trickle down economics.” Here’s the thing: “trickle down” is a pejorative term, a political slur from the eighties, not an actual school of economics. Moreover it relates to the distributional impact of certain tax policies, and it was never meant to be a repudiation of basic economics.)


Be a global bargain hunter

The bottom line is that when you bring wealth to a host country, there is no stopping the flow of supply and demand from moving to a higher equilibrium. Exactly how that will pan out is impossible to predict, but you can rest assured the result will be a net social improvement. Unless you are handing money to corrupt politicians or warlords, I don’t see how you can make a country poorer by giving it money.

Now, this is not to say that locals will always receive your largess so gratefully. If you feel you are someplace where the locals resent your presence, try moving to Bali instead. You will find no such irrational negativity among the Balinese, I assure you.

Thus the most clear-cut ethical argument I can think of for the digital nomad lifestyle is spreading the wealth. Do your part to reduce global inequality by earning Western money and spending it in developing countries. Live where you can get the most value for your money, and don’t be afraid to live it up! 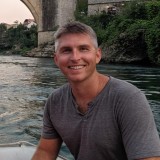 Kevin is an entrepreneur, paid media specialist, and intermittent nomad from Arizona. Ethical Digital is his third startup after GoMusicals.com and an online traffic school company. An avid traveler and economics hobbyist, Kevin's goal is to revolutionize the way service companies are organized so that more people can achieve the dream of professional (and locational) independence.